Yoshi's Island is the island which Yoshi is native to. It has been annexed by the Mushroom Kingdom on August 5th, 1995, much to the Yoshis' chagrin and anger.

The island is tropical, obviously as it has a volcano, which ALL tropics have, despite this, it also has grasslands, savannahs, alpines, and some seismic wasteland of fire and the aforementioned volcano.

There are sliming flowers, yellow grass, giant tulips and many other stuff. Not all that much to say.

However, there are some fruity Mcfruitsters, like a Watermelon that makes you breathe FIRE or ice. There is also such thing as a Bomb Berry, which isn't an asploding fruit, but rather a big fruit that gets so big it snaps and falls, they grow in a lake in the jungle.

Hoo boy, first, there are the eponymous Yoshi, a type of Italian Dino, which is in turn ironic because there is no such thing as Italy in the UnWorld. There is a whole lot of other dwellers, so many oddballs I need to make a gallery of them! 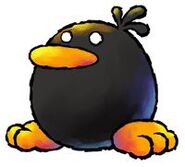 A Yoshi's Island breed of Raven

Excuse me, but what is that thing?

An actual Yoshi, this one just ate Mario and took his hat as a souvenir 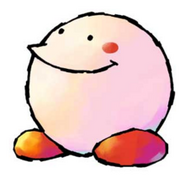 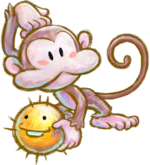 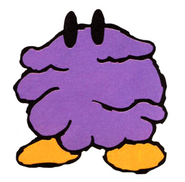 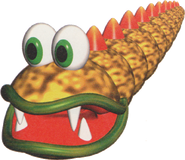 Oh no here he comes! 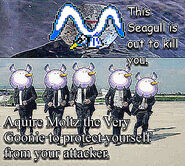 The pigeons here can protect you from seagulls.

A Fleeper migration.
Add a photo to this gallery

Retrieved from "https://unanything.fandom.com/wiki/Yoshi%27s_Island?oldid=112126"
Community content is available under CC-BY-SA unless otherwise noted.