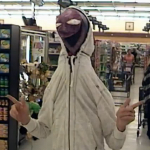 I lead UnMario for nearly three years, but I left them in January of 2010. Ever since Javilus left here I'm pretty much a superintendent of this wiki.

This Mr. Guy is unaffiliated with any of those many other "Mr. Guys" on the Internet. I've used this name at a couple other sites, though.

You can read more about me here.

Links to out of here

Note: I do not have an account there, so I'll remember them through here. Some of the users might be somewhat offensive to some people or have mildly naughty art, but they're my interests.

More centered more around flash content (games and animations) than the above.

Just keeping these here for later, if I ever need them for whatever reason i.e. security, storage, and fancy desktop crap.

Add a photo to this gallery
Retrieved from "https://unanything.fandom.com/wiki/User:Mr._Guy?oldid=57387"
Community content is available under CC-BY-SA unless otherwise noted.