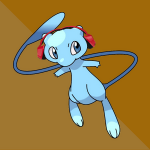 Hai, I'm a blue cat with headphones known as Berry, cuz' why not. I am a member of this wiki too.

Warning: The following section is non-canon. It is the biography of a user written as if they were a character in the UnAnything universe, and should not be mistaken for official canon.

Berry (AKA Cheren) is a guy who takes Ketamine every day.

Cheren was a teenager who lives in Unova has been pretty successful in life. He got all 8 Gym Badges of Unova, became a Gym Leader himself, he knows everything about Pokemon and a lot more useless things. One day, he decided to have some Wine, but he found a White Powder and decided to mix it up with his Wine. He then 'turned' into a Mew (Nothing actually happened to him), and now takes the name of Berry. After that night, he took more of that Wine-Ketamine mix, and now he is a shadow of his former self.

When Cheren was still a good man, he was called 'The one who seeks the right path'. He knows every single thing about Pokemon and tells others advice about it. He can be impatient, but he likes ideals or something. ONTO HIS PRESENT SELF!

When he started taking drugs, he now thought that he was a Cat, and decided to act like one as well. Examples are him climbing on trees, disliking water, and licking himself. The majority of People think that he went insane for some reason, and he even stayed in an insane asylum 7 times. He was fired from being a Gym Leader, so now he roams the streets of Unova, messing around and such.

What Berry actually looks like.
Add a photo to this gallery
Non-canon information ends here.

Retrieved from "https://unanything.fandom.com/wiki/User:CrazyMew37?oldid=96028"
Community content is available under CC-BY-SA unless otherwise noted.