The UnWorld (also known as UnEarth) is one of the greatest places in the UnUniverse. It is where most notable figures live, but it is also where all of the stupid people live. We are currently on the UnWorld, and most that you know is in the UnWorld (but as an alternate reality form, what you really live in is the Real World, a depressing land).

The UnWorld is an iron-ball thingy in space that has been taken over 9,000,000,000,000,000,000,000 times, which would fall if it wasn't floating in space. The dreaded humans live here. Home "sweet" home. UnEarth is located in a galaxy called UnMilky Way. Some extra-terrestrials have been to the UnWorld, and they imported some UnWorld border passes,

There are a lot of species in the UnWorld. To see all the species click here.

What to do if You are an alien, and you want to go to this planet

Creatures from other planets seem to like invading planet UnEarth. It might be Darth Vader, or Space Invaders, but no matter what, UNEARTH IS INVADED A LOT! In fact there have been so many invasions, the humans blew up their own planet in hopes of stopping the invasions.

TuTiTu took this one step further though, by going to the Real World, but, the SDF (space defense force) stopped him before he could go any further, and he was taken back to the UnWorld.

Continents you can go to

Popular People to see in the Unworld

Main article: Timeline of the UnWorld

The UnWorld was first formed in 4,500,000,000 BC. It was one of the many planets that were created a long time ago. Of course, Nobody lived here at the time. Then, some worms appeared, but Chuck Norris wiped them out and put land on the UnWorld. More creatures came and went. Today, humans are the main species, but several other exist, some of them are stupid, and some of them are smart (and sometimes smarter than the humans). 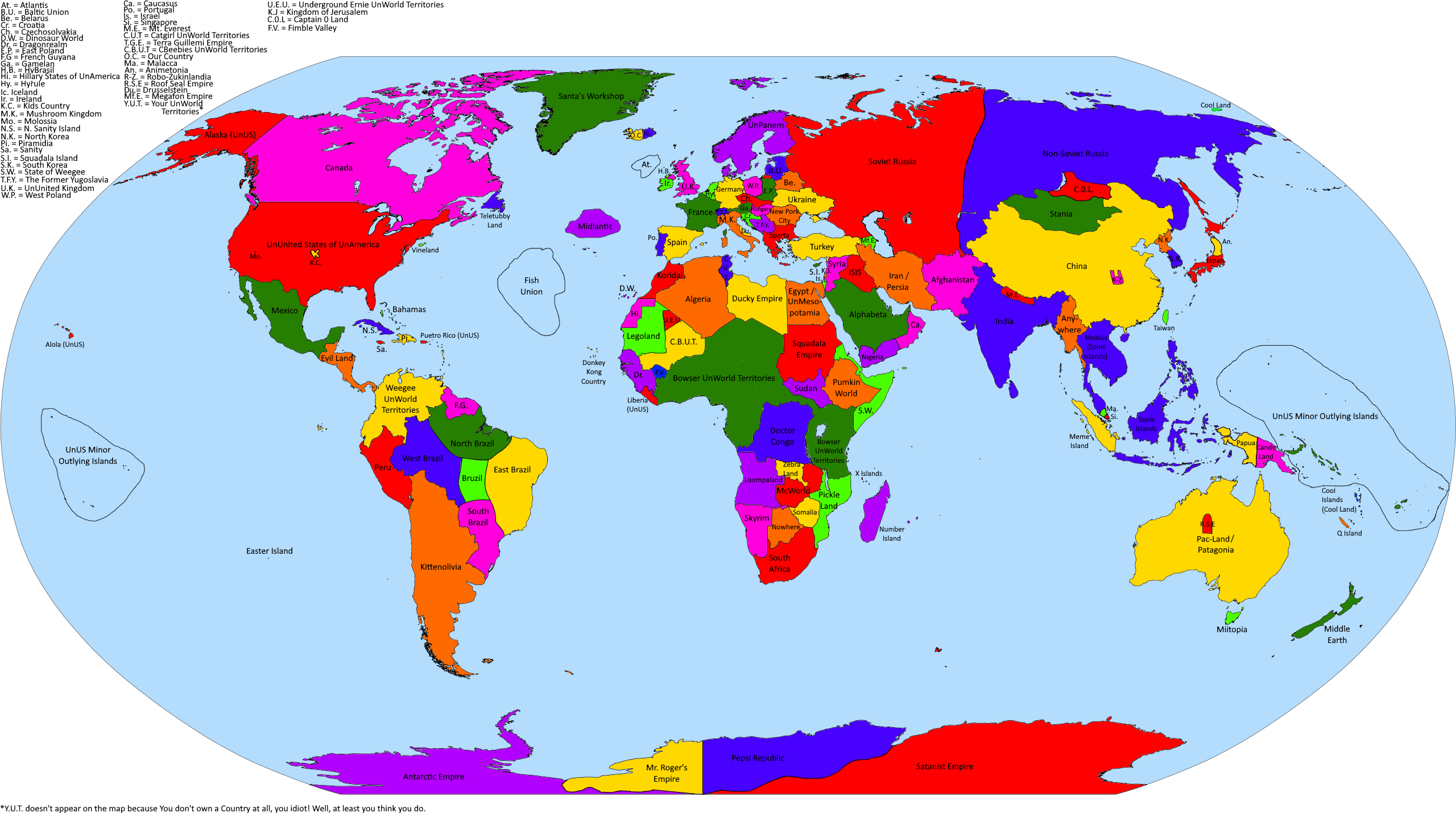