Start a Wiki
UnDollars (UnMoney, Un$) are official money of UnMultiverse. They were created 810 thousand years ago to replace 426 other types of money. UnDollars can be used in every country/colony/circle/dimension/whatever of UnMultiverse.

Before 1680, UnDollars were Cards with I.O.U.s on the back. In 1680, they started making paper meant to be used as UnDollars. However, this paper was the size of a postage stamp. In fact, these UnDollars were just UnStamps with "UnPostal Service" and "UnCents" replaced by "UnBank" and "UnDollars". In 1754, the UnDollars were enlarged from postage stamp size to wall painting size. However, they were just pre-filled-out checks with no "Pay to the order of" field. In 1861, they were redesigned and became roughly the size they are today. However, all of them had Captain 0 on them. During World War II, the production of UnDollars ceased. After the war was over, they started making a series of UnDollars that was meant to be temporary. However, the designers were lazy, so the 1945 UnDollars were used until 1994, when the designers got off their lazy butts and the notes were redesigned. Instead of Captain 0 being on all the notes, each denomination had a different famous guy on it. The 1994 series introduced a security feature that is still on UnDollars today: the invisible backside that makes them hard to copy. In 2000, a new series of UnDollars was made to celebrate the new millennium. This series was made of plastic. In 2010, yet another series was made. The 2010 UnDollars are holographic. Some 2010 UnDollars have a different series year. This is because more countries switched all banknotes to UnDollar notes, forcing more notes to be produced. UnCent coins exist, but they are used along with other currencies in a transition period. 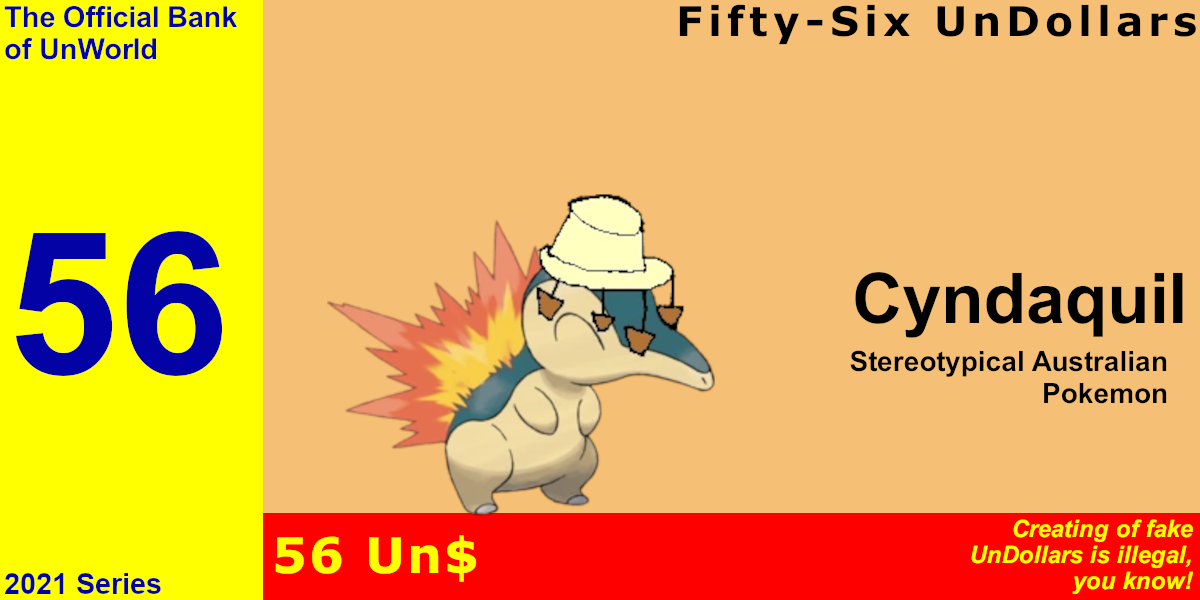 NaN(The value, not to be confused with the person) Undollars - MissingNo
Add a photo to this gallery
Retrieved from "https://unanything.fandom.com/wiki/UnDollars?oldid=94313"
Community content is available under CC-BY-SA unless otherwise noted.