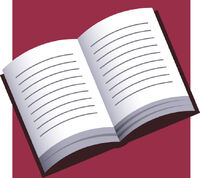 You may have noticed we here on the UnAnything Wiki are not very smart. Because of this, we tend to use words that more intelligent people don't use. This dictionary is designed to help those who need to be UnEducated.

Retrieved from "https://unanything.fandom.com/wiki/UnAnything_Dictionary?oldid=93405"
Community content is available under CC-BY-SA unless otherwise noted.