WELCOME TO OUR AMAZING TOP 20 LIST! TODAY'S TOPIC: TOP 20 PLACES YOU WILL DIE AT! 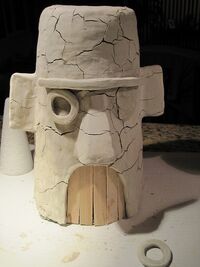 Squidward's House
Squidward's House is where the evil killer Squidward Tentacles lives. He waits in this dwelling for his next victim. Whenever someone enters, he jumps on them, and EATS THEM! Or he puts them in the fridge, and reheats them when he's hungry.

Sparta
Sparta is a warrior city where warriors are born, warriors are made, and warriors ATTACK! They like to Shoop da Whoop people here, but they also like to scream something about Sparta, and then attack. 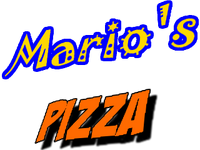 Mario's Pizza
Mario's Pizza was a former local pizza place in Mushroom Kingdom. It is where Evil Mario makes poisoned pizzas, and serves them to innocent customers. They kill people a lot at Mario's Pizza, and it is the eighteenth most likely place you will die at.

Hollyshame
Hollyshame is a wonderful place! It is filled with flower fields, chocolate water, raining donuts, money trees, burning buildings, and even Monkey Creatures! Okay, that's a lie. It's a poor city where they make shames.

Hyrule
Hyrule is actually four separate nations. West Hyrule will get you killed if you don't love DINNER! East and North Hyrule will kill you if you get on Bowser's bad side, which is his only sides. You will die if you go into South Hyrule because Fake Robotnik and Fake Bowser want to prove they can kill too!

Bowser's Castle
Bowser's Castle is the home of the infamous Bowser, one of the most dangerous people in the world. His castle is located in North Hyrule. It is filled with lava for some reason, and there are many weird traps and guards in it.

Lego City
Lego City is fragile at the best of time. Blown up at the worst. Crime is so common, there is a 1,000,000 dollar reward for anyone who can be in that city for ten seconds, and not be a victim of some crime. Of course, the reward was stolen a long time ago, but that's not the point.

Hollywood
Hollywood is where a whole bunch of people make movies. It is also one of the most crime filled areas, as people there are rich. BBC and Bowser Studios are both based here, so watch out for that. Once you look past the evilness, though, it's a great vacation spot! 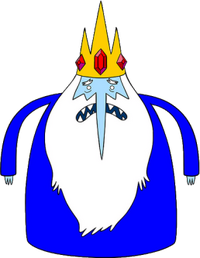 Evil Land
Evil Land is the evilest landiest place that has ever existed in the history of history's parents' uncles' evilness. King Normal likes to whip people for breathing! He is a real jerk like that. Just like Elmo.

Possum City
Possum City is just a city. Except, it has THE HIGHEST CRIME RATE IN THE UNIVERSE! Even with FOUR heroes running around, there is more crime here than everywhere else in the world COMBINED!

9th Dimension
The 9th Dimension is one of the dimensions, and one of the most dangerous ones. Some idiot let Wario and Waluigi rule this place, so now it is evil and dangerous. It's also great for vacations though! 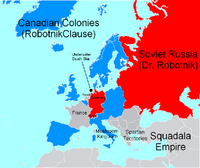 Robotnik Wars
Okay, maybe the Robotnik Wars aren't a place. But if you were there, you'd know why it's on this list. Oh, the horror. But hey, at least there was an Ocean Chief concert there! NO U OCEAN CHIEF AREN'T A BAND Um, anyway, moving on...

Sesame Street
Sesame Street is the home of the infamous Elmo Gang. They are one of the most dangerous gangs in the world. Elmo has total control over this place, and he is not nice. This is one street you should no go to, because you'll probably blow up before you leave. 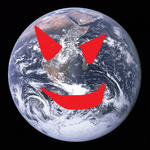 Earth
Earth is where the Humans live. This alone makes it one of the most dangerous places in existence. But then you have to add that fact that it is invaded more than any other planet combined. Add global warming, and you have a recipe for KABOOM!

McDonald's
McDonald's is one of the most popular fast food chains there is. Ironic, as everyone who eats McDonald's food gets very sick. Many even die. There are enough fatalities from McDonald's food every year to fill the moon with corpses.

Dora the Explorer's House
Dora the Explorer is a dangerous person, and her house is no less. It has heat sensing turrets, energy fields, and more bombs than the US military. One step onto the front yard will put you in so many pieces, you won't even be able to count them (though being dead does make counting difficult).

Teletubby Land
Teletubby Land is an exceedingly dangerous location. It is the home of the most infamous killers in the world: the Teletubbies. It is rigged with mines, has an Evil Gorilla running around in it, and the Teletubbies are armed with the latest high tech super-guns.

UnAnything Wiki
The UnAnything Wiki is the most dangerous place in the UnUniverse. Entry instantly results in a 100% chance of INSTANT DEATH! Just going within 57394759 miles of this scary place will cause you to scream in pain and stupidity. BEWARE!

Retrieved from "https://unanything.fandom.com/wiki/Top_20_Places_You_Will_Die_At?oldid=119184"
Community content is available under CC-BY-SA unless otherwise noted.