The Shaggy Connection are a group of 12 characters who are loosely linked together, and they decide to solve mysteries as a part of UnAnything: The Series for clout. So, grab some DINNER and look at this List of connections there are in this page, or whatever. 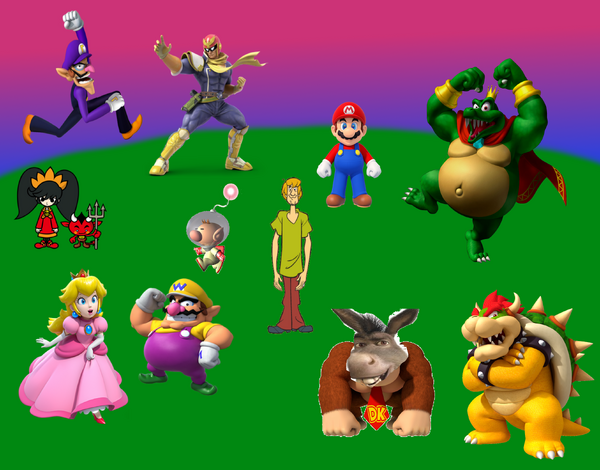 The Chain of Connections

Their first order of business was in 2019 when Shaggy formed up the team and when Ethan needed help to find Kris again. Thanks to Olimar's relationship with Kris, they were able to find her in no time and then about half of the group also joined The Crystal Alliance.

Afterwards in 2021, they decided to visit the Fish Union in order to figure out what was going on there, but Capricorn, The Horned Gish attempted to kidnap and assassinate them. This didn't go so well, as Donkey Kong broke out of his ropes and beat the ever loving shit out of Capricorn. They had to leave the Fish Union, as their oxygen tanks were running out plus the Fish there were getting suspicious about them. What they did find out though is that they were planning to take over Bikini Bottom and are plotting out a second Fish War.

In the latter half of 2021, the Connection decided to figure out who the identity of Sailor Earth is. They found out it was Tuxedo Mask, though he doesn't wear a glorified Gakuran because of some weird curse from a bias Luna had with males and plants.

During Halloween 2021, the Connection fought with the Qu alongside The Crystal Alliance as they were planning a terrorist attack towards experimentation. They thought they killed every single one of them, however a few survived so that FAILED. But many members of the species that survive were caught afterward and enslaved into working jobs.

Anyways, I'm done with this shit. Now go down to McDonald's and DIE there. I'm sure you'll have much more fun than looking at this!