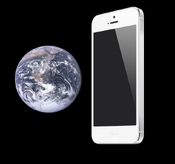 iPhone Infinity
The iPhone Infinity is the iPhone that was made by Apple according to Steve Jobs' will. It was created in 2013 when the iPhone 11 did not do as well as expected in the first five minutes of sales. Jobs had predicted this and wrote it in his will to release it at that time, so that's what they did. IT is believed that Jobs was so drunk when he came up with this idea, he must have been having a beer party with Kool Aid Guy. (More...)

Retrieved from "https://unanything.fandom.com/wiki/Template:Featured?oldid=54390"
Community content is available under CC-BY-SA unless otherwise noted.