The Seven Deadly Sins are quite a deadly organization; these seven were very sinful to the point that Lord Shen formed this organization himself. Their job on the Earth is to spread sins amongst the UnUniverse. The Seven Heavenly Virtues try and stop these guys from spreading evil and corruption.

Shen is prideful in that he wanted to look the best and conquer all of China.

Dimentio has tricked Mario and his friends, and to an extent betrayed Count Bleck and his army.

Peter Griffin does nothing but sleep, drink, and watch TV all day long.

Mr. Krabs is a cheapskate towards his daughter and to an extent, is greedy with his property. He doesn't even pay SpongeBob SquarePants and Squidward Tentacles enough.

Grimace overthrew (and later ate) Ronald McDonald just to take over his place just to eat all the food there.

Lucoa was doing very naughty and dirty acts, leading her to be kicked off the goddess's throne. She also forced $&% on men who didn't want it at all.

Guys That Also Match a Sin 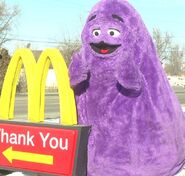 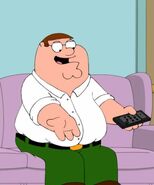 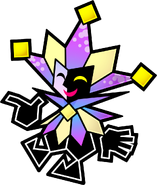 Lord Shen at Purgatory Level 1, Pride
Add a photo to this gallery
Retrieved from "https://unanything.fandom.com/wiki/Seven_Deadly_Sins?oldid=94497"
Community content is available under CC-BY-SA unless otherwise noted.