S is a member of ABCDEFGHIJKLMNOPQRSTUVWXYZ. He decided to be evil because he thought it would make him look cool. He punched all the other letters and took candy from a baby. He was than banished to Hell for trying to make Snakes the smartest creatures in the UnUniverse.

After being banished to Hell, Satan and S become friends because S helped make Satans name.Satan gave S magical demon powers which allowed him to change alot of things about the world. The next thing S did after becoming friends with Satan was turn Darth Vader into Luke Skywalker's father. He did this right before Star Wars was planned. So Lucas Arts decided to turn Darth Vader into Lukes father in the movie

After S made Darth Vader into Lukes father. Satan was getting tired of his s**t so he sent S to Heaven. In Heaven. S made Jesus Christ into a Lemming as he still had Satans powers. God did not approve of this. So he tried to get rid of S. However, S kept coming back until finally God threw S back to the Unworld back with all the other members of ABCDEFGHIGJLMNOPQRSTUVWSYZ. S now lives with all the other letters and had magical demon powers.

S being forced to work for Superman 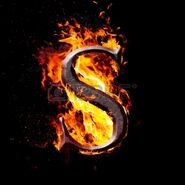 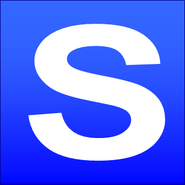 S replacing G in the GMOD logo
Add a photo to this gallery
Retrieved from "https://unanything.fandom.com/wiki/S?oldid=86432"
Community content is available under CC-BY-SA unless otherwise noted.