Po is an evil Satanic teletubby, and the leader of the Teletubbies. She has Satanic powers and worships the devil. She has an evil fruitloop of doom on her head, and can use heat vision with it. She kills lots of people with her powers. She is the most feared of all the Teletubbies. She was once put in the BBC Logo. She featured a creepy smile. She eventually was asked for tax payment on getting into the logo, so she looked at her boss with her evil red eyes, and the boss decided to keep her in the logo. She stayed in it for 2 more years, before selling her soul to the boss to get her off, due to some, "embarrassing agreements". A shocking line she mentioned right after that situation was, "I don't need a soul, my friends and I are evil anyway". 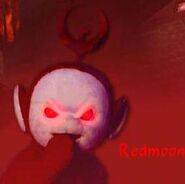 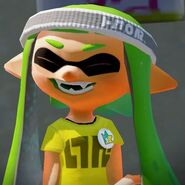 Po on Spaghetti Day.
Add a photo to this gallery
Retrieved from "https://unanything.fandom.com/wiki/Po?oldid=70710"
Community content is available under CC-BY-SA unless otherwise noted.