NEDM Energy (or, to use its proper scientific name, Enedium) is a type of energy released by almost all of Happycat's attacks, including his (in)famous NEDM attack and his laser eyes. It is powerful enough to make people spontaneously combust, and that's in the diluted form used by Happycat. In its raw form, used for deadly weapons such as the NEDM Bomb, the NEDM Dinner Blaster, and the NEDM Black Hole, it can destroy pretty much everything. It is a renewable resource, as beside being released by Happycat and found in Kittehlandian mines, it can regenerate itself indefinitely. The only one who is immune to it, besides Happycat himself, is Billy Mays for some reason.

NEDM Energy is a weird material. It can be in any state, at any temperature. It is recommended that you do not eat solid NEDM, drink liquid NEDM, inhale gaseous NEDM, or look directly at plasmic NEDM, unless you want to DIE. 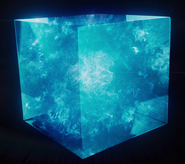 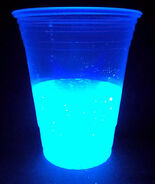 Plasma
Add a photo to this gallery

List of weapons or other things that use NEDM Energy

Retrieved from "https://unanything.fandom.com/wiki/NEDM_Energy?oldid=96716"
Community content is available under CC-BY-SA unless otherwise noted.