Can I AXE you a question!

KNIFE to meet you!

I thought I'd just 'gopher' it!

The Kool Aid Guy was a can of kool aid and a mass-murdrer.

As a child, he was addicted to Kool-aid soda and screaming OH YEAH at random occasions. He played in commercials about the drink, but he went insane in the German Prison and lived in isolation. He heard the laughing and mocking of him outside the jail cell, and slowly went mad. Then when he was freed, he decided to kill everyone who didn't drink Kool-aid.

He killed thousands of innocent people, including many children. Oh, and adults.

Now, we don't really care about those, BUT he also killed some famous guys: 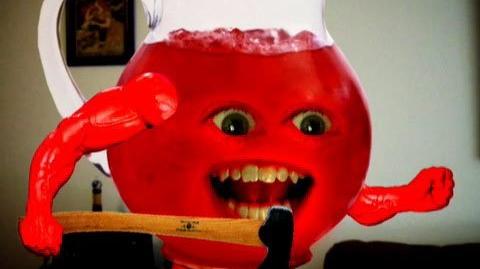 Kool Aid Killer
Some of his first kills. 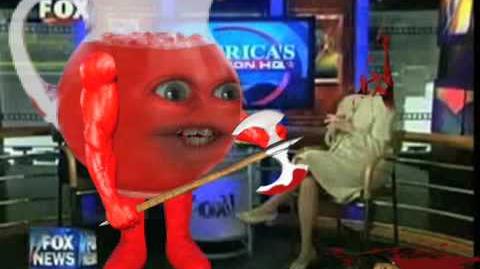 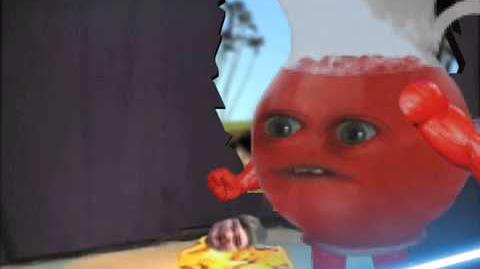 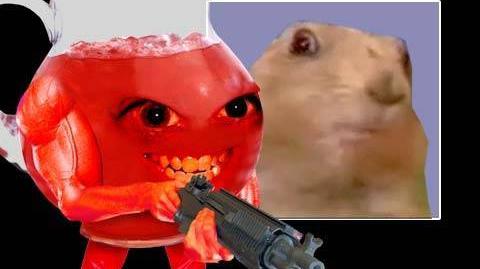 Nintendo cloned him once, but his clone was killed by Fox.

Retrieved from "https://unanything.fandom.com/wiki/Kool_Aid_Guy?oldid=71233"
Community content is available under CC-BY-SA unless otherwise noted.