UnAnything Wiki
Register
Don't have an account?
Sign In
Advertisement
in: Teletubbies, Places, Drugs, Places you will die at

The Home Dome Clinic, formerly known as That Dope Ass Place, is a miniature free healthcare hospital located inside the south acid lake district of the Home Dome, and is the only medical facility in the entire Teletubby Land. It is run by the chief medical executive Medic, and has no employees other than himself. The Home Dome Clinic has been running and operating since October 4th of 2004.

If you have any owwies go there, because you'll feel good again once the Medic gives you a bunch of kisses :D

A long time ago, the Teletubbies wanted drugs, both the legal and unlegal kind. So what did they do? They hired Bob the Builder to build them a place to get those drugs, and the Medic to go give them their drugs! But they needed more funds to make that possible, so they put into law in the Teletubby Land Freedom Act of 2004 at Title 314 § 11037 a declaration/old testament punishment that states "90.01% of all net income made whilst inside any teletubbical medical facilities will be donated to our Medic untaxed. Anyone who fails to do so will be prosecuted for all the money they have." Great, because now Teletubby Land is more like Europe. And because of that many of the slaves of the teletubbies who are beaten up on a daily basis get their funds transferred into drugs healthcare.

This accelerated not only new money laundering methods but also advancements in healthcare, like the invention of hot medicine. Hot medicine comes in very cold tablets and is the cure to AIDS, something which attracts a lot of people to this place. It is the victims of the Medic spreading aids which accelerated the growth of the Tubby Druggy Empire. However this isn't without it's downsides like half the needles being shared, and "experiments" accidentally gone wild public like when the Medic cracking his cold medicines instead of his cocaine. Another controversy was the fact there are no sinks here. The Medic seemed to not care for years however everyone else was.

But then everybody forgot all that when the place blew up late at night when all of the sudden the Tiddlytubbies were born, and with the birth of all teletubbies it caused a level 30 earthbound Ness to appear, who then proceeded to set arson to the place because Giygas told him to. This was upsetting to many including the Medic himself, who took it upon himself to rebuilt from Scratch for the low price of 1 billion mobiums. A pretty good deal if I do say so myself, this time without any watergates.

In 2020 the clinic was overbooked once during the start of the Coronavirus pandemic. Everyone reserved a room however no one got sick in Teletubby Land since they're all immortal gods. But unfortunately Noo-Noo got it and had to be vaccinated, as well as all the other Teletubbies for good measure. 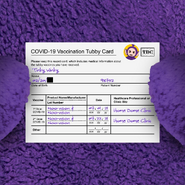 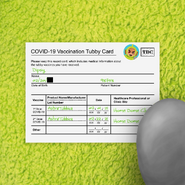 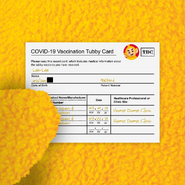 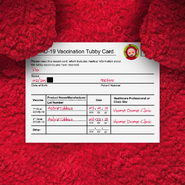 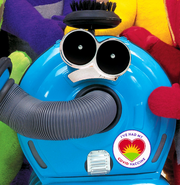