A Demiurge is a kind of god that oversees one of the dimensions in the UnMultiverse and is usually the creator of its home dimension. Originally, the word "demiurge" specifically referred to a creator god, but has since expanded to include gods that simply rule over a particular dimension without having created it. Some demiurges work as a single collective, such as the Teletubbies, but it is the norm for a demiurge to work alone. All demiurges either serve directly under the Undefeatables or are Undefeatables themselves, but Undefeatables and demiurges are not the same thing.

Originally, when the UnMultiverse was created, the Undefeatables assigned several beings of god-like power to watch over the other dimensions, while the Undefeatables themselves watched over the UnUniverse from the Undefeatable Palace. The god-like beings, titled demiurges, were initially supposed to create their own dimensions to watch over, but time passed and lines began to blur. Unlike the process for electing Undefeatables, the process for electing demiurges was vague and confusing, which led to some inconsistencies. Dimensions were created artificially, existing demiurges were either defeated in combat or outright killed, and some Undefeatables stepped in to become demiurges themselves. All in all, things got hairy. Nowadays, anyone who can fulfill one of the criteria below can technically be considered a demiurge.

Ways to Become a Demiurge

There are several ways to become a demiurge, the first two requiring a total UnRank of over one trillion.

Here are the demiurges of each dimension in the UnMultiverse. Note: some dimensions don't have demiurges of their own, which usually means that they are freaks of nature.

Chuck Norris, demiurge of the UnUniverse and Undefeatable Palace 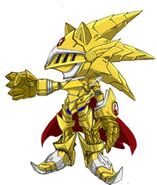 Knight Sonic, current demiurge of the Real World, but he doesn't do his job 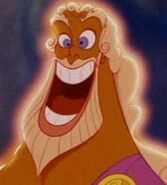 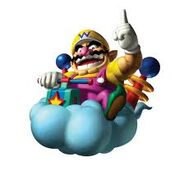 Wario, the leader of the Wa-Team, former demiurges of the 9th Dimension 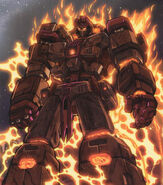 The T-5001 (in its most common appearance), current demiurge of the 9th Dimension

Sheogorath, demiurge of the Daedric Dimension

Spyro, demiurge of the Dragon Realms (back when they were still a dimension of their own)

The former demiurges of Dimension 666. OK, there wasn't an infinite amount of them, but there were a lot.

Dr. Seuss, demiurge of Seussville, with some of his creations 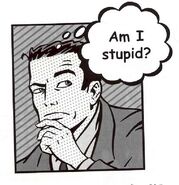 The Stupid One, demiurge of the Loserverse 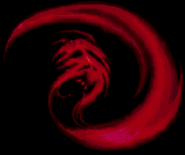 Giygas, former demiurge of the Negaverse (back when it was known as the Giygas Dimension)

Awesome Face, demiurge of the Awesomeverse

PewDiePie, current demiurge of the Internet 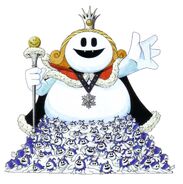 King Frost, the true demiurge of The Shadow Realm and the forever ruler of the Frost Dimension
Community content is available under CC-BY-SA unless otherwise noted.
Advertisement