Crap Network (Known as Sky Crap Network under Sky ownership) is a television broadcasting channel that airs the shows that Nobody wanted (with the exception of TuTiTu, which even they rejected. Wow...). It was launched in 2003 by Wario and Waluigi who wanted to make money and they were broke all the time, it became an unfortunate success. In 2012, they sold it to The Cat in the Hat. On November 1, 2013, The Cat in the Hat sold it to Captain 0. In 2019, It was sold to Sky but this stopped after 5 years and it was sold back to the Wario Brothers.  It is currently ranked the 703rd best channel ever (out of 705 total). It is also the favorite channel of the UnAnything Team. The only worse channels are That One Channel In Some Indian Language That Nobody Watches (the nickname for the Hindu-language version of Crap Network) and Teletubbies 24/7. They also air Volvic commercials featuring Tyrannosaurus Alan and George Volcano during their commercial breaks. 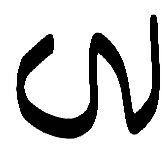 Shortly after that leak, the official new logo was revealed, using the font "Bahnschrift" (a modified version of the font DIN 1451), It debuted at the start of November 2018.

The logo used under Sky Ownership.

The Arab letter logo disappeared after 8 years following the return of the channel to Wario Brother ownership.
Add a photo to this gallery

Their Halloween logo used only in October 2003, when the network launched.
Add a photo to this gallery
Retrieved from "https://unanything.fandom.com/wiki/Crap_Network?oldid=121197"
Community content is available under CC-BY-SA unless otherwise noted.