Anime is really awesome! I recommend you to watch Boku no Pico!

12 year old girls with breast implants? Looks like I've found the perfect show for me!

It's amazing how works of art such as anime can be degraded into something that causes degeneracy and affects the health of the masses, whether it be mentally or physically.

Anime is a psychological operation created by the Japs during the Second World War as a means of defeating the Muricans. The word "anime" is actually a diminutive of the word "animation" and was created to infest the minds of those who watch it and alter them to degeneracy.

Anime was originally a propaganda made by the Japs to persuade people to side with the Japanese during the Second World War. After the propaganda failed, the Japs then decided to use it for psychological warfare and was released into the public for its watchers to become less-competent and be social outcasts. The operation is successful, however, it spiralled out of control and became known worldwide. It does not just stop there, oh hell no, other forms of media related to anime were formed to further divert the minds of people into stupidity. This includes: manga, cosplaying, hentai (sub-genre of anime), etc. 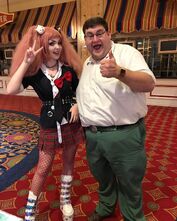 Anime, while being cancerous, also has some deep aspects into it that reflects human emotions. Making it relatable to its watchers. 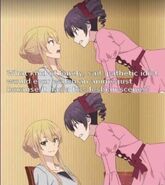 Jesus, even anime is self-aware and knows your crap.
Add a photo to this gallery

Due to it being a global-hit, anime managed to spawn a new and lower form of humans known as weeaboos. It is also because of anime that the world is now collapsing and is transitioning into a land full of mindless, incompetent, creatures.

Retrieved from "https://unanything.fandom.com/wiki/Anime?oldid=114577"
Community content is available under CC-BY-SA unless otherwise noted.