4chan is a hacker. 4chan is also a website! Everybody posts anonymously, with some even being the weird species we know as Anons, and even Anonymous! It also created beings like Pedobear, Anonymous, Pepe the Frog, and 4chan Sniper. It also made Shrek stranger than ever. Speaking of Anons, most species of them can be found roaming here (or "lurking", as they call it.)

The website was invented by Christopher Poole a long time ago for losers and weebs as they were the most oppressed group on le Internet at the time because of all the memes. But then 4chan became where most memes came from, great ones, at that. You can tell whether a meme comes from 4chan based on/off 3 criteria:

As you can tell, I made the most unfunny and overused joke ever right there. That's because South Park invented that joke and not 4chan, so therefor it was bad. Good if you have no standards, but bad if you do.

Unfortunately in the far future of the year 2040 4chan got burned down due to perceived evilness by the outside UnWorld and so doesn't exist then. What a shame. 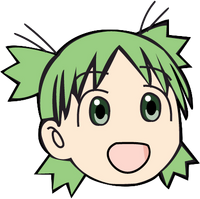